Last week, BJ and I snuck away for a fun vacation together. Since I was a little girl, it has been my dream to visit Walt Disney World. I signed up to go on a trip in high school, but unfortunately, the trip was cancelled due to circumstances outside of the students’ control. Since then, I told myself that I would take a trip to Disney before having children. This Christmas, BJ bought us two tickets and wrapped them inside another smaller gift and gave them to me. It was the best Christmas gift I’ve received so far. I might’ve cried… okay, I did. I cried. While we were at Disney, Epcot was celebrating the International Flower and Garden Festival presented by HGTV. The show ended over the weekend, so if you didn’t get a chance to make it this year, here is a little peek at all the beauty that surrounded Epcot. I highly recommend visiting Epcot during the show in the upcoming years. It is neat to see all the Disney characters in flower form.

Gardens were all over the park and the flowers were in full bloom. These dahlias caught my eye as we exited one of the rides.

In some areas, the gardens were decorated to look like specific scenes. Many of the scenes use bright pink and red petunias.

There were also floating flower pots on many of the ponds and lakes around the park. Each pots included different varieties of petunias.

Throughout Epcot, there were themed gardens sponsored by companies such as Rain Bird. My favorite themed garden was a screened-in butterfly garden that allowed you to view hundreds of butterflies. 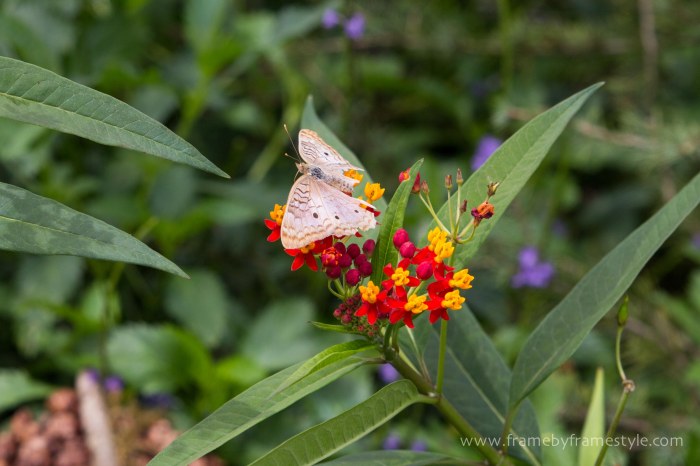 And then there were the character topiaries. The topiaries were definitely my favorite part of the entire show. The detail was incredible. My nephew would love to see the Lighting McQueen and Tow Mater topiaries. Cars is one of his favorite movies.

Here is Tinkerbell, she was located outside of the butterfly garden. She was difficult to spot, so you had to look closely to see her.

Outside of the Epcot World Showcase, Sorcerer Mickey and his was putting his magic powers to work on the broomsticks. 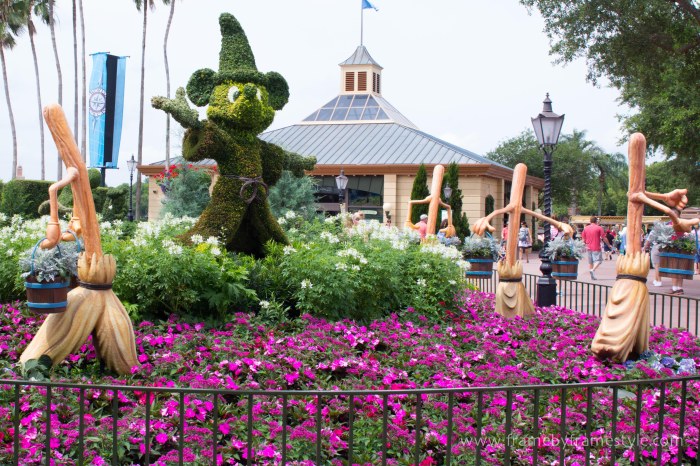 Belle, Beast and friends were in France. 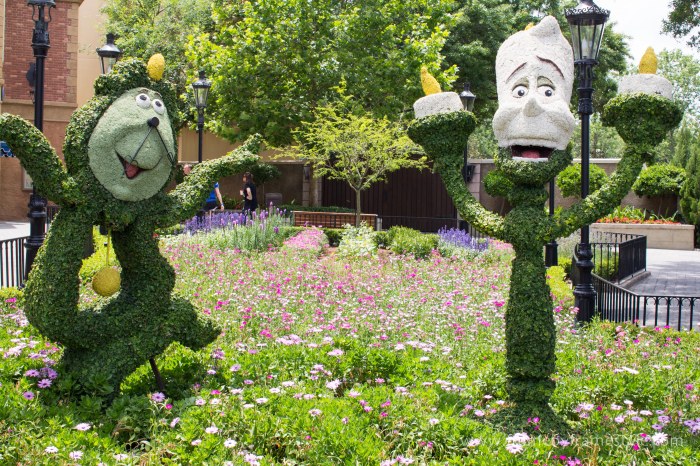 And Captain Hook and Peter Pan were in England.

Here are a few more of my favorite topiaries from the World Showcase.

Even Snow White’s red lipstick and bow were stunning. 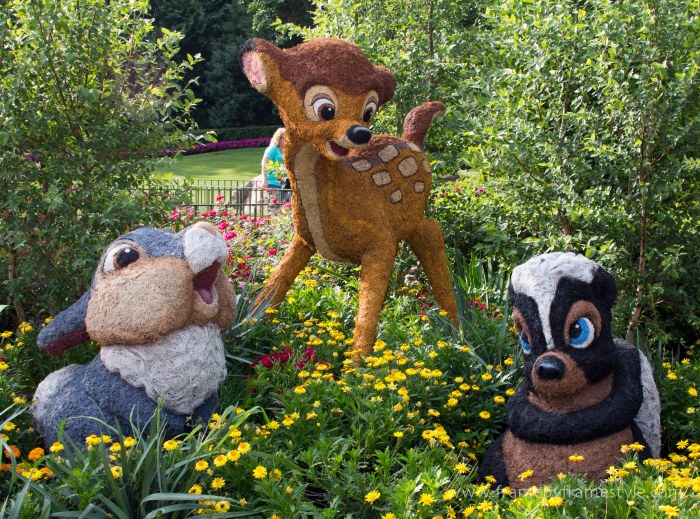 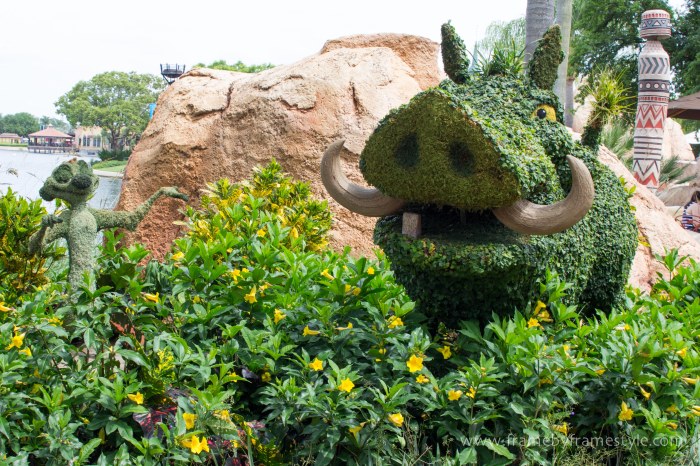 There were so many more character topiaries and other displays scattered throughout the park. There were also seasonal food stands located throughout the World Showcase. We didn’t get a chance to try any of the seasonal kitchen stands, but the foods looked and smelled delicious. The gardens all over Walt Disney World inspired me to come home and get to work on our gardens. It’s time to plant our veggie garden so I’ll have a few upcoming posts on our progress. In the meantime, look for a wrap up on our spring gardens coming later this week. We had an amazing experience at Disney World. Since it was my first visit, I learned a lot about how to navigate the parks and things to keep in mind for our next visit. I’ll share some of the things I learned in an upcoming post.